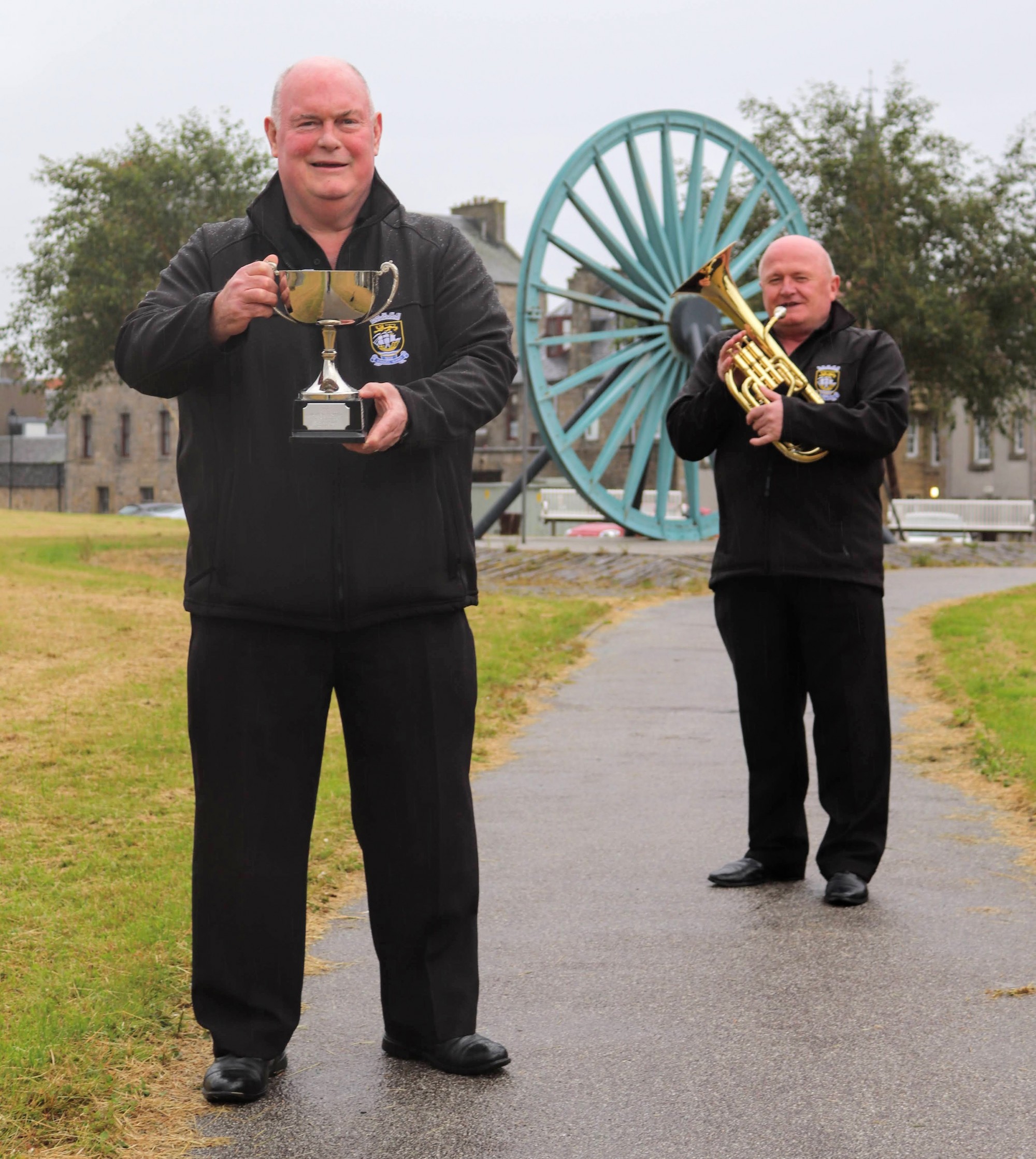 On Thursday 9th June 2020, Community Council chair Madelene Hunt and her vice-chair Len Ainslie have handed over the McLaren Trophy and a certificate to UNISON Kinneil Band at a “socially distant” presentation. Appropriately, it was held at the town’s mining memorial to recognise the band’s mining roots.

Mrs Hunt said: “I was delighted to present the McLaren Trophy cup to UNISON Kinneil Band. There’s also a certificate which the band gets to keep. It’s been a pleasure listening to the band over the years and I thank them for all their work they do. They bring a lot of pleasure to the people of Bo’ness.”

UNISON Kinneil Band has been honoured for its work in its hometown of Bo’ness.

The award is presented annually by Bo’ness Community Council to honour a person or group for outstanding services to the local area. The award is named after the late John McLaren, a reporter on the Linlithgowshire Journal and Gazette and the first-ever secretary of the Community Council.

The Community Council selected the band for the McLaren honour earlier this year. Because of social distancing restrictions, a reception for the group has been put on hold “but will happen at a later date”. This will involve band members and the McLaren family.

Band president Brian Holmes said his group was “delighted and humbled” to receive the Trophy.

He said: “Looking at the list of previous individuals and groups who have received this award we are indeed in good company.”

Read the full article from The PRStore

Falkirk Council continue to meet during COVID, members of the public… more